What is significant of word “limited” in name of a business organization?

In rural and semi urban India, this is a majority opinion that risk of a person dealing with is limited. Such persons may be petty investors, public depositors, unemployed youth, farmer, retired citizens, daily wagers and all potential victims of corporate criminals. I have met many persons, who support this limited risk perception. I have no idea about source of such wrong information. 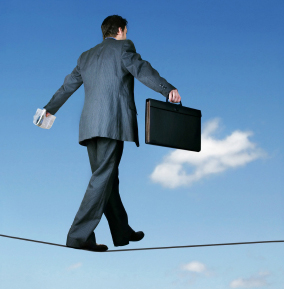 Whenever, I tell them the term “limited” is a warning to general public; no one really believe this. The basic concept of limited company is limiting the liability of owner of the company. This certainly limits the risk, but that is of risk of owner. The owner/ part – owner of a company is actually not a shareholder of the company. Whenever I say, owner of a company; it means promoters of the company. Promoters are a group of persons who control all decision of the company. All other shareholders are mere investors; who are interested in return. Sometime, it is also claimed that directors are owner. Is it true? May we recall advertisement of a company which lure its potential victims with full page advertisement of its Board of Directors with who’s who in its Board? They all were mere employees or show piece.

Let us understand, what is limited liability of company or its owners?

Suppose; a company has to pay a huge sum of money to its creditors, employees, government or any other person under the sky. This amount is limited. Forget others, even the Government or Court cannot take more than this limited amount from the company or its owners.

Usually, in a company all shareholders including promoter – owners has fully paid up shares, so they have no personally liability to pay any amount to company or anyone. Any such amount payable to anyone shall be paid by the company form its own resources. If company has no resources, no assets, no property or no help from Government or God; no person can receive any money from the company.

So, should we avoid any relation with a limited or private limited company? No, we need more precaution, more education.