This is customary that Parliament take a break in budget session. This generates public anger in this time when we have active judiciary and inactive legislature.

“Rajya Sabha adjourned till 22nd of April 2013. My glass is full of air and bubbles.” 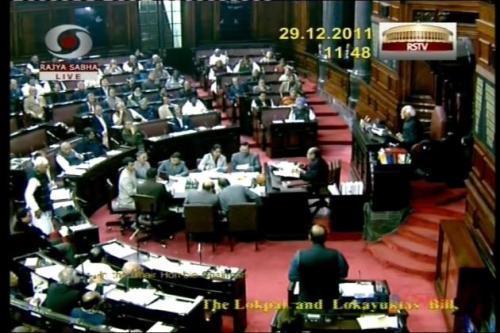 This was very important to note that whole corporate world is keenly waiting for new companies’ bill which has already been passed in Lok Sabha and waiting decision on its fate in upper house. My readers can search over internet to see a list of pending bill for debate and passing in Indian parliament. Some bill may also waiting for being notified to be in force.

My mail gets very interesting responses from its audience. I am reproducing all these responses without supporting or opposing or commenting these responses. These responses were made in a private and a closed group, these parsons may not like their name made public. (In case, some of them want to be named them, they may write their name in comment section of this blog post.)

“Hope that Government survives till date and Companies’ Bill become Act and see the light of the day although as per my info still CA lobby is not satisfied with NFRA provision and looking for dilution and some section of industry also working through forum. Raj Sabha anyway is more intellectual forum than Lok Sabha.”

“All corruption in this country is because of these so called intellectual. Therefore do not expect any positive outcome.”

“All stakeholders are suffering due to regulatory uncertainties. In addition to passing of Companies bill what happened to gradual reduction of CST to 0%, intoduction of GST, DTC…

No one knows the fate of regulatory regime in India. To best of my knowledge, India stands 22nd globally in doing business; even Pakistan is ahead of us in terms of ease in conduct of business.

I do not see ant torch bearer who will ever show light of certainty on regulatory matters. Bcoz of these uncertainties investor looses their confidence in Indian market which consequently leads to reduction of FDI and so on.”

“Not only this bur in the case of Ratnamani Engineering Limited some years back, 2007, I sent one file with my comments to All Members of Parliament. Some one of the Member of Parliament sold out the attached file to the Company. At what price I do not know. When the same document was produced for Contempt of Court in High Court case as evidence, internally as administrator circulated thrice. Therefore which M P sold out the document cannot be known. !!!!!!!!!!! What we can expect from all these!!!!!!!!!! The name of M P would come out when the matter will be heard by Hon. Supreme Court of India.”

“AIDMK Members have already declared that they will not allow the Rajya Sabha to run unless Renuka Choudhry steps down.

With present crisis the Govt would like that the Rajya Sabha shall not run for any single day as No bill can be passed.(Govt. is in minority in Rajya Sabha). Therefore she will not step-down.

In my view, our legislators consider themselves “public representatives” only not legislators.

Whenever, it is pointed out that since first Lok Sabha, number of legislation and legislative debate reduced substantially, they claim that for infant nation there was more need of legislations not now. Who will ask, why these few legislation are not seeing light of day?

I invite readers views on working of Parliament on legislative businesses.