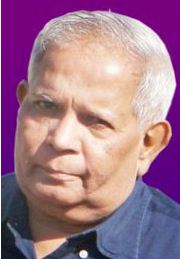 After a long weekend, when I come back to work, my mail folders dedicated for peer group read more than 150 mails. What happened? It would have been an eventless week as government is on election mode and no major policy change was expected. Unfortunately, there was very sad news. On 28th January 2012, our beloved Company Secretary Sh. Bipin S. Acharya has left for heavenly abode. According to Hindu calendar, that was day of Basant Panchmi, the first day of spring. This is a day of cultural significance and dedicated to goddess Saraswati of knowledge and wisdom. Naturally, god has no other suitable day as an option to call a practising scholar like him.

The first mail written by Sh. Ravi Kapoor at 5.19 pm read, “With great sorrow I would like to inform all my professional colleagues that one of our senior professional colleague Mr. Bipin Acharya left for heavenly abode around 10 minutes back. He had a heart attack yesterday evening and could not come out of this. This has resulted into irreparable loss to the profession of CS.” 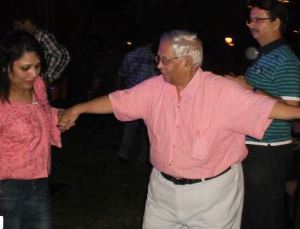 I had opportunity to discuss many issues of professional interests through mails and our facebook chat and comments. He always, encouraged me to write more but after more preparation and study. When he joined facebook, he extended his hand of friendship to all company secretaries and students. When I started my facebook page, he was among first few persons who visited and liked my pages. He encouraged me for good professional and public life. I could meet him once, last year at National Convention of Institute of company Secretaries of India at Agra. We spend post lunch session together. He discussed, Company Law, professional and family life, Whistle – blower issues, Corruption, Anna Hazare, ethics and many other issues. He asked me to raise issue of official facebook page of our institute, which I raised in May 2011 in our CS yahoo group. He reminded me his mail dated Wednesday, 18 May 2011 10:33 PM with subject line “[CS_yahoogroups) Facebook page using Institute name”. When I refused saying that I am a simple trainee at this convention, he told me not to leave any fight, howsoever small, midway. He raised this issue in open house and said, “You shall ask question in next convention onward, no excuse.” He also asked me to concentrate on some particular areas of practise and gaining expertise in them. He said your practise must not be your boring job but your favourite passion. He bluntly told me, “i do not know and never want to know anything other than companies act, my wife and cricket.”

At the time of birth of my son

Once, he expressed desire to limit his professional engagements and participations on peer groups due to some criticism and health of his wife. I wrote a mail that even if you are of same age of my father but i consider you my elder brother due to you energy and fighting spirit. He accepted this relation strongly. At the time of birth of my son, he commented on his photograph,” heartiest congratulations and all the best to dear bhatija.” Earlier on my marriage anniversary, he wrote, “Sada Khush Raho; Sukhi Raho. May God bless u and yours.”

Bipin Ji was very shocked after losing his friend and mentor Sh. S.P. Dave and wrote, “Am sorry to inform that Shri S. P. Dave, Dave Kaka, former Chairman of WIRC OF ICSI, left for heavenly abode at 7-30 PM on 15th January. It is personal loss to me and many others in CS fraternity. We feel deprived…..” and dedicated following song to departed soul:

“I am very sure that MOST of the members of the CS Group will agee with me that Bipinji was the “MOST KNOWLEDGEABLE “, “MOST INFORMATIVE”, “MOST HUMBLE”, “MOST DEDICATED”, “MOST RESPECTED”, “MOST OPEN” person in the entire CS Group.

The CS Group has certainly become an orphan at the sudden demise of Bipinji. Somebody may say that nobody is indispensable in the world. Yes, it may be true. But, you cannot and never “replace” Bipinji, that is for sure. Indeed, we may require the expertise of at least 10 persons to fill this gap.

According to me, Bipinji has made an unwritten “will” in the recent past as follows (extracts taken from his recent mails) –

“I will be the happiest man on earth if the Bill [ incorporating clause 204 ] is passed since the same would mark the fulfillment of my life-mission. If the Bill is passed, I shall have no further ambition in life and I shall be able to complete the rest of my life-span peacefully.”

“May I suggest that the goals (of ICSI) to cover the following aspects for PCS (also) please be considered for inclusion in the goals/priorities of the Council?:

*To widen and consolidate the areas of practice for members”

CS Alok Rudra wrote, “Shocked …don’t know …how to react…profession has lost one of its pillars…but this is my personal loss also… lost a guide, mentor and above all…..a caring elder.”

Senior company secretary Prem Goel expressed his grief, “I feel death of Bipin bhai a personal loss to me we were together since 80’s though he was in Ahemedabad & I was in Delhi but we meet at various occasions at Delhi & Ahmedabad & worked for the betterment of the Profession. For me he was just like my elder brother. I think the best tribute from the profession to him will be to ensure the introduction of Secretarial Audit in its true form.”

CS B V Dholakia opined, “More the messages I read more convinced I am that–

“Shri Bipinbhai’s soul should rest in peace only when The Companies Act, 2011 is enacted, comes into force and the importance of the Company Secretary is not only recognised but also respected.”

I know this is the queer and selfish prayer but this is stemming from the bottom of the heart –may be Shri Bipinbhai’s inner desire.”

In this January itself, he posted on his facebook wall:

Where are we heading?
Is there any clear direction ?
Is there any convincing endeavour?
Is the Companies Bill, 2011 a ship in deep seas without any radar or captain ?

The above may be the questions that may readily and legitimately come to mind.
But, this is only one side.
The other side will be known when the response from MCA is presented
and made known.
May be, within a fortnight.

Budget Session is the longest one spanning between February and May.
By February-end, the issues before the Standing Committee are not
resolved, 10% concerns arise.
Life is full of mixed things, events, turns and twists.